When I’m writing through another sleepless night, eager to macramé a dozen intertwined plot threads into a finished manuscript, I regularly remind myself that there’s no excuse for taking so long. The American writer Nora Roberts has penned over two hundred novels, most of which have laid siege to the New York Times bestseller list. Her prolific output is nothing to the Queen of Romance: the fragrant and false-eyelashed Barbara Cartland dictated more than seven hundred from a chaise, wearing pink and stroking a Peke. Enid Blyton’s characters jolly japed between school uniforms and mufty in almost eight hundred volumes, making Stephen King thrilling us with ninety and Agatha Christie murdering in seventy-seven look small fry. Writing a book is, after all, a fairly simple process is it not?

As always, I hang my head for not writing faster. The best-selling author alive, Danielle Steel, managed to consistently write seven books a year while raising nine children, divorcing four husbands and even launching a signature perfume, Danielle. She’s been quoted as saying that she sometimes delivers a book in the morning and starts another that afternoon. When I delivered Country Lovers earlier this month, it was just after seven in the morning and I’d worked through the night. Even though my caffeine load rivalled Brazil’s and my urge to carnival dance was up there too, I’m ashamed to admit I didn’t start book twenty that day. On the plus side, nor did I launch divorce proceedings, and Walker’s Eau de Haynet remains a pipedream. 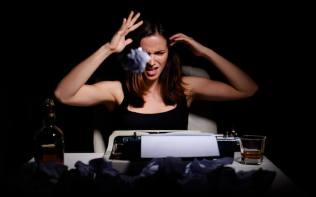 Friends and readers have reassured me that the reason my output trails behind some other goddesses of the oeuvre is because my books are three times as long as theirs, which if you break it down means I’ve now written the equivalent of fifty-seven. That’s a cheering thought. I try very hard to write a novel a year, although occasionally real life’s unexpected twists and tragedies mean one takes longer. When Carrie Fisher said ‘take your broken heart and turn it into art’, her first creative urge may not have been to write big rural romps set in the English countryside, but I’ve long lived by her mantra, and never more so than in recent months. I have it pinned to the wallboard beside my writing desk, a hotchpotch anthology of notes, postcards and my children’s drawings, all of which regularly fall on my head:

Last December, I’d almost finished Country Lovers when I had to set it aside for a while. Thank goodness for the old writing truism: ‘put it in a drawer for a few months then look at it afresh’. That’s a very rare privilege for commercial authors these days – something I’ve not done since the nineties – and not one I would have granted myself without enforced time off, but when I came back to this book I was over the moon to find it so cheering, and in the past two months it’s taken flight. The Comptons are a home from home, its characters are amongst my most vivid, and I hope that readers share my enthusiasm for Country Lovers when it’s published later this year. Much more on that soon. Meanwhile, if you want to pre-order it from Amazon, click the cover below. 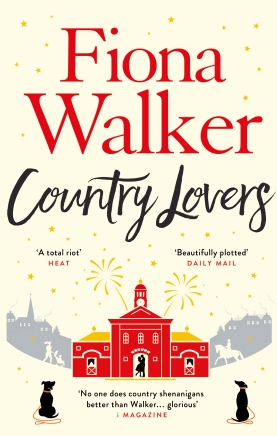